Andrej Lupin’s series, “Secrets of Prague,” opens on a formal and somewhat mysterious note. Beautiful young women, two by two, enter an elegantly decorated room and take seats at a long table. Before each couple is an envelope bearing an ornate seal. When five couples are present, a man, his face hidden, appears on a monitor. He proceeds to explain the rules of the game the women are about to play — a game that involves a race to see which couple can uncover secrets about the capital city of the Czech Republic. The couples then hurry off to the rooms they’ll be sharing and to await the arrival of the first clue in the game. We follow Alexis Crystal and Margot A to their room. After sizing up the competition and considering their own chances of victory in the game, the twosome decide to make the most of their luxurious lodgings. What follows is a long, leisurely, and multiply orgasmic session of smoldering lesbian lovemaking. Margot begins by slowly licking the crotch of Crystal’s panties, then she pulls the fabric to one side and begins to lick, kiss, and suck the glistening delicacy thus exposed. After Margot inserts two probing fingers and continues her oral assault, Alexis moans with delight and satisfaction. Crystal next strips and positions Margot on all fours. First she pets and strokes her from behind, then she lies down and eats her pussy from below while she masturbates. Alexis eventually brings Margot to orgasm, and she reciprocates by frigging Alexis to the final release of the night. Spent and satisfied, the teammates drift off to sleep. The following morning the first clue arrives, the game is on, and sapphic series “Secrets of Prague Episode 1” is off to an intriguing and impressive start. 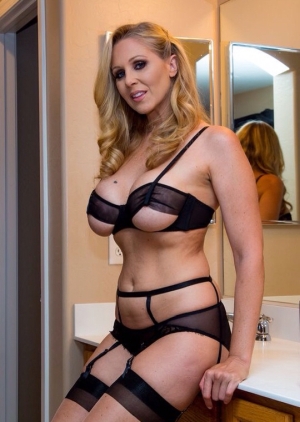